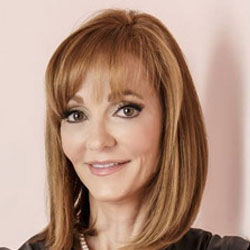 Caroline Beasley was appointed Chief Executive Officer of Beasley Broadcast Group, Inc. on January 1, 2017, previously serving as interim Chief Executive Officer from March 18, 2016 until December 31st, 2016 and as Executive Vice President, Chief Financial Officer, Treasurer and Secretary beginning in 1994. Ms. Beasley has served as a Director of Beasley Broadcast Group, Inc. since she joined the Company in 1983. Over her tenure prior to 1994, she was employed in various positions, including Business Manager, Assistant Controller and Corporate Controller.

Ms. Beasley received the 2016 “Distinguished Service Award” from the North Carolina Association of Broadcasters and was the 2012 recipient of the “Frances Preston Trailblazer Award” from the Mentoring and Inspiring Women in Radio Group (MIW), a national organization dedicated to promoting the advancement of women to senior positions in the radio industry.

She is a member of the Board of Visitors at her alma mater, the University of North Carolina, where Ms. Beasley earned a B.S. degree.