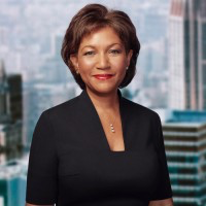 In 2019, Lea was named by Black Enterprise Magazine as one of the Most Powerful Executives in Corporate America. She was also recognized as a Top Lawyer by Cablefax magazine in 2018 and was a recipient of the 2014 NCTA Vanguard Award for Government and Community Relations.