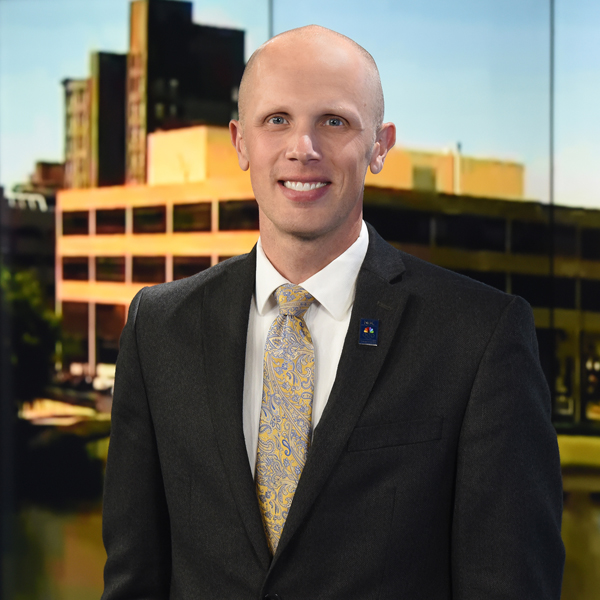 Josh Morgan is the station manager and news director at WREX-TV in Rockford, Ill. Josh joined WREX and Quincy Media in March 2013. Rockford is Josh’s third television market after working at both WLUK Green Bay, Wisc., and WPSD Paducah, Ky. Since Morgan joined WREX, the station has won more than 100 state, regional and national journalism awards. Those honors are highlighted by 12 Regional Edward R. Murrow Awards, including four straight awards for Overall Excellence. In 2018, WREX won the National Murrow Award for Overall Excellence, the first National Murrow in the station’s 65-year history. WREX was also a proud finalist for a 2018 Service to America Award.

Josh serves as the current president of the Illinois News Broadcasters Association (INBA), a position he was elected to in 2018. Josh has served on the INBA board since 2017. His professional goal is to become general manager at WREX and eventually have the opportunity to take on a leadership role in Quincy Media.

Personally, Josh loves to travel and play golf. He’s visited 45 of the 50 states and has a trip planned in 2020 to knock out the last five. He’s also visited 10 countries abroad, playing a round of golf in as many of them as possible! Josh is married to his wife Kristin, who is also the evening anchor at WREX. While they don’t have any kids yet, their three rescue dogs Koda, Rudy and Griffin keep them plenty busy!