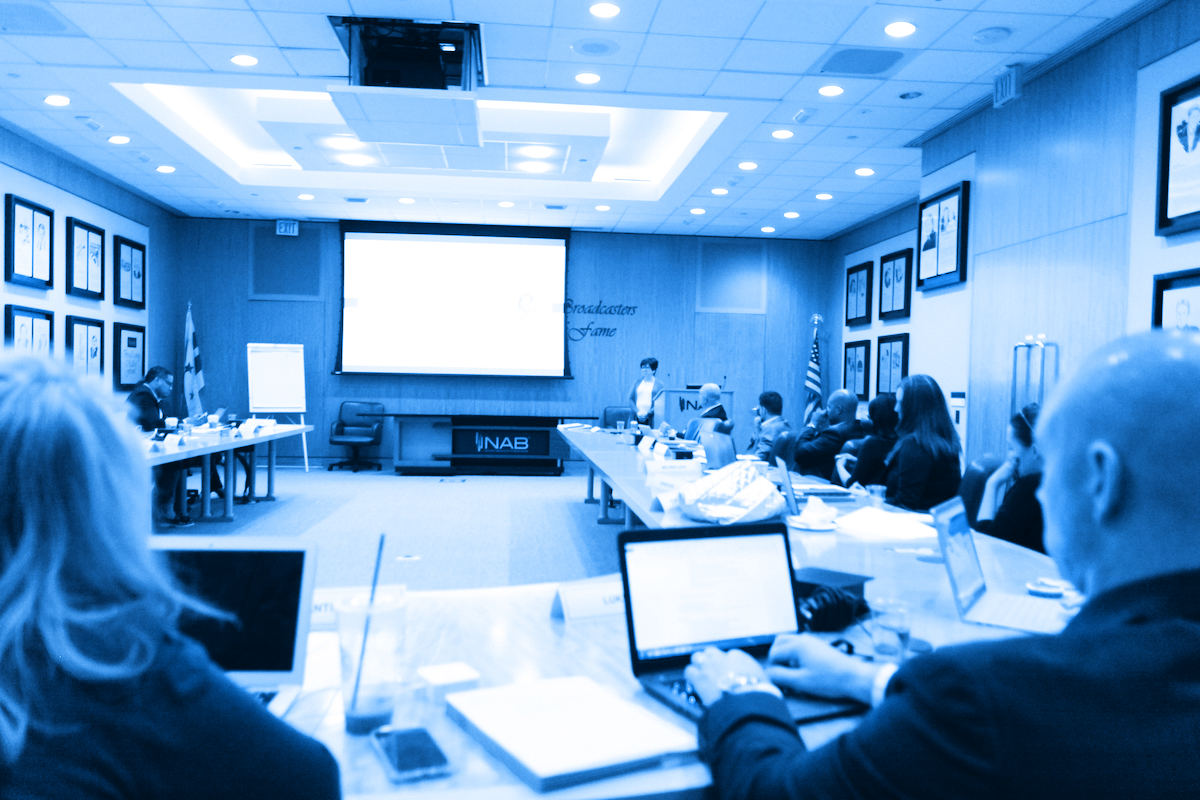 As a program participant, you will learn from leading subject matter experts in the field about owning and operating stations. The faculty includes Federal Communications Commission (FCC) commissioners, brokers, lawyers and financiers, as well as broadcasters and program graduates who are owners and senior level executives in the industry.

All faculty of this program are qualified instructors who provide you with diverse perspectives and help you build your network of advisors, contacts and mentors as you excel in the broadcast industry. 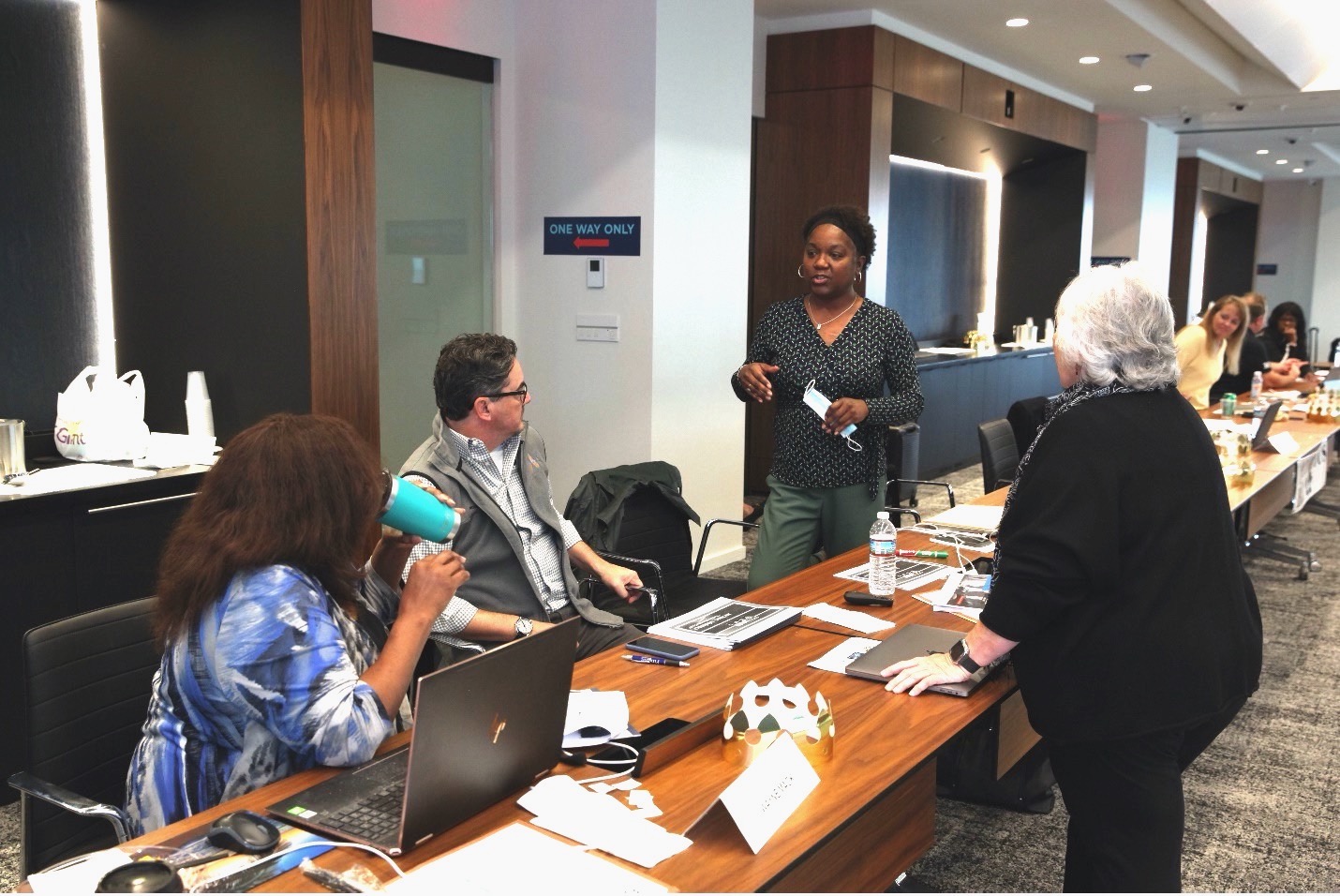 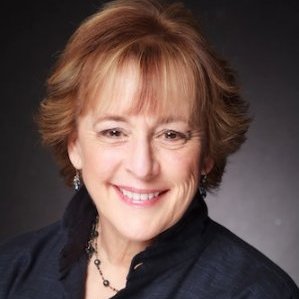 In addition, she conducts management training and development for companies and organizations as a Gallup-Certified Strengths Coach. Sutter also works with organizations to implement Conscious Capitalism and "Purpose" in their company.

Sutter also served as the trustee for the KFWB Asset Trust (The Beast 980-All Sports Radio) in Los Angeles, Calif., and facilitated the sale of the station. She currently sits on the Advisory Board of Media Vista Broadcasting, Naples, Fla. She is also a member of the Advisory Board of Futuri Media, LLC, Cleveland, Ohio.  Previously, she was a member of the board of directors of JW Broadcasting and consulted for the four station TV group in Columbia, Mo., until it was sold.

Sutter served as the president of Shamrock Television, in Burbank, Calif., a division of Shamrock Holdings, Inc., owned by the Roy Disney family. She oversaw three network affiliates for Shamrock and was responsible for station operations and acquisitions.

Prior to that, Sutter served as executive vice president of Operations for Shamrock Broadcasting, which operated 23 major market radio stations as well as three network television stations. She came to the corporate offices in Burbank, Calif., from Lexington, Ky., where she was the vice president and general manager of Shamrock's ABC television affiliate there.

Previously, Sutter worked on Capitol Hill in Washington, D.C., in various capacities for members of both the House and Senate. Her last position was as the press secretary for a congressman from Chicago, Ill.

Industry/Community Associations:
Sutter is actively engaged in both her industry and community. She currently serves as the chair of the Federal Communications Commission (FCC) Advisory Committee on Diversity and Digital Empowerment. In 2008, she was appointed to the FCC Advisory Committee on Diversity for Communications in the Digital Age and was re-appointed in 2009, 2011 and 2012 by multiple FCC chairmen. She is also a member of the advisory board of the Multicultural Media, Telcom and Internet Council (MMTC).

She served as the national chair of the Alliance for Women in Media (AWM) and on their national board. In addition, she served on the Entrepreneurial Leadership Council of Suffolk University’s Sawyer School of Business, and as a member of the Emerson College National Advisory Committee on Diversity in Boston, Mass.

Broadcast Leadership Training Program:
Sutter created and developed the Broadcast Leadership Training (BLT) Program for women and minorities sponsored by the National Association of Broadcasters (NAB) Leadership Foundation. She serves as the "dean" of the executive-MBA style, 10-month program to train women and minorities to become broadcast owners and group heads and teaches many of the sessions. The program is in its 20th year and has more than 300 graduates, many of whom have gone on to ownership or have been promoted to "C" suite level positions in the industry.

Awards and Recognition:
Radio Ink magazine named Sutter one of The Most Influential Women in Radio in 2017 and 2018. She was also named one of the 20 Top Leaders in Radio by Radio Ink Magazine. The Broadcasters Foundation of America honored Sutter as a 2017 Ward Quall Leadership Award recipient in recognition of her career contributions to the broadcast industry and the community at large.

In 2014, Sutter received the Trailblazer Award from the Mentoring and Inspiring Women (MIW) at the Radio Show, recognizing her efforts to create and serve as the dean of the Broadcast Leadership Training Program and mentor women and others in the industry. In 2011, she was chosen by the Alliance for Women in Media to be recognized for her contributions to the industry for the organization's 60th anniversary.

NAB honored Sutter as the recipient of their Leadership Award at their national convention in 2009. Sutter was the 2008 recipient of the Lifetime Achievement Award from the Multicultural Media, Telecom and Internet Council.

The Alliance for Women in Media has also honored Sutter with their National Achievement Award. In addition, she was the first radio industry recipient of the Alliance's Genii Award from the Los Angeles Chapter.

Education/Location:
Sutter received her undergraduate degree in Political Science from Allegheny College in Meadville, Pa., and her graduate degree in Public Relations from American University, School of Communications, in Washington, D.C. She is also a certified Gallup Strengths Coach. 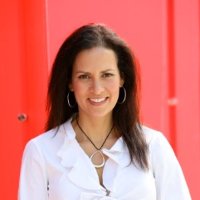 Introduced to the radio industry in the summer of 1997 while working as an audit manager for Deloitte & Touche based in Seattle, Wash., when assigned a small portion of Entercom’s initial public offering.

She is a proud graduate of the University of Washington with a B.A. in Accounting. Bumstead is also a graduate of the NAB Leadership Foundation class of 2003 and currently serve as an associate dean for that same program. She is a recipient of the Media Financial Managers Rainmaker Award (2009) and was voted one of Radio Ink’s Most Influential Women (June 2010). Currently, she is a board member of the Oregon Association of Broadcasters and held the position of chairwoman 2017-2019. Currently, she serves on the NAB Radio Board of Directors for District 25 (OR/WA) (term expires June 2021).

Anita Stephens Graham is a co-founder and managing director of Graham & Associates, a company formed to provide financial advisory services to lower middle and middle market companies, with a particular focus on women and minority owned businesses. Graham & Associates has assembled a network of professionals with experience in assisting management teams in developing short and long term financial and operational objectives, identifying the appropriate source of capital to support the management team’s goals, and performing internal operational and financial audits to insure that the goals are being met. Graham & Associates is experienced in private equity, mergers and acquisitions, management buyouts and senior/mezzanine debt financing.

Anita Stephens Graham serves as a general partner of Opportunity Capital Partners (OCP), a private equity firm with $135 million of capital under management that focuses on providing later stage growth equity to companies primarily in the telecommunications, media, industrial services and healthcare industries. OCP is a family of four funds including Opportunity Capital Corp. (SSBIC); OCP II (SBIC); OCP III and OCP IV. As a private equity investor with over 20 years of experience, Graham has made direct investments in an array of sectors, including wireless broadband services, fixed wireless systems, publishing systems and services, multimedia content providers, enterprise software, radio and television broadcasting and medical devices – leading transactions that total in excess of $100 million. She has also invested in consumer products and industrial services. In her capacity as a partner, Graham did fundraising for OCP IV, sourced transactions, structured and negotiated term sheets, and actively oversaw the investments until a liquidity event. Prior to joining OCP, Graham served as the president of Renaissance Capital Corporation, a specialized small business investment company that provided equity to small middle market companies in diversified industries. She also formerly held banking and management positions at Manufacturers Hanover Trust, Benton & Bowles and Prudential Insurance Company.

Graham has served on the board of directors of several of OCP’s portfolio companies. She is the former chairman of the National Association of Investment Companies, the trade association of minority fund managers and funds that targets the emerging domestic markets, who collectively manage over $13 billion of capital. She also served on the advisory board and was a founding board member of Pacific Community Ventures, a fund with over $40 million of capital under management that targets markets primarily in California. Graham currently serves on the FCC Diversity Committee. She is also actively involved in a project that is developing mezzanine and equity funding for businesses in Africa and serves on the advisory board of the African Media Initiative, which was formed to expand media opportunities in Africa. Graham is a frequent speaker on panels involving capital raising for businesses in the media and telecommunications sectors including Minority Media Telecommunications Council, National Association of Black Owned Broadcasters and the Federal Communications Commission’s Office of Communications Business Opportunities. She serves as a dean and speaker for the NAB Leadership Foundation’s Broadcast Leadership Training Program.

Graham has a B.A. in Economics from Cornell University and an Executive MBA from Golden Gate University. 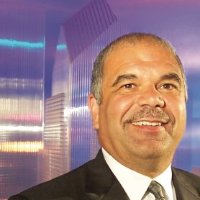 Experienced in all aspects of television station operations, Jaromin has built a successful broadcasting career through local station ownership, management, marketing and sales.

Currently the vice president and general manager for WKBW, the EW Scripps ABC affiliate in Buffalo, N.Y., Jaromin is an organizational change specialist whose recent professional highlights include the reimaging of media operations for a $300 million dollar Northwest Ohio MVPD; the operational turn-around and sale of WDBD-FOX, WUFX-My and WXMS-MeTV, a Jackson, Miss., television cluster as well as Stratus Broadcast Services, a 27 station, shared services, central-cast facility in Davenport, Iowa.

As vice president and general manager of the CBS/FOX in Rochester, N.Y., Jaromin developed and implemented one of the industry’s early shared services successes.

Committed to the future of the local television industry Jaromin is a 2007 graduate and an associate dean for the NAB Leadership Foundation’s industry recognized Broadcast Leadership Training Program.